Bring in the Pole Dancers


Many thanks to the talented dancers, bartenders, bouncers and the scores of loyal guests over the years. Thank you for your contribution.

“Jumbo” is introduced to a newly built five-unit shopping center. Inside one of the units was a bar complete with a large area rug, fireplace in the center, a jukebox in the corner and a dance floor. He immediately seizes the opportunity to open a bar in Hollywood where he and his friends can have a little fun.

The bar was a lovely living room atmosphere with red barrel chairs surrounding a fireplace in the center. Tables topped with candles and clown ashtrays. Red bar stools with backs and booths all along the perimeter. There wasn’t any snack machine at that time. There weren’t any dancers, just a really fun place to hang out with friends. We had a jukebox. We had parties for many occasions. Mrs. Jumbo would make enormous pots of food to share with all the patrons.

We’re packed. Jumbo’s is busier than ever after the Sylmar earthquake. Celebrating life becomes top priority for many.

Jumbo begins writing “Clowning Around,” a monthly newsletter for Jumbo’s guests to view party pictures, read of upcoming parties and find out who is named “Clown of the Month.”

First members of the Jumbo’s Drinking Team are issued cards for $10 each. The card allows them one free drink every day for a year.

Pillow Parties Begin – We clear out all the tables and fill the bar with new pillows. Everyone meets each other while sitting on the floor next to little Japanese tables.

Jumbo installs a Pizza Oven in the corner and serves free pizza every Thursday night.

Jumbo’s Halloween Parties welcome everyone, including hookers who came in dressed as nuns.

Jumbo’s adopts a new Disco Theme is an instant hit and includes a mirrored ball, smoke machine and kaleidoscope, and top of the line sound system.

Out with the pizza oven. Out with the fireplace. Build a stage, enter a pool table and bring in the pole dancers! Jumbo’s is now a pole dancing club fondly described as “Cheers with Tits.”

Out with the pool table, keep the girls. Fights over pool table bad, girls good.

Jumbo’s daughter reflects on the Clown Room,
(Regarding the 70’s) It was the best of times, and the wildest as well. I’ve always felt very proud  for all the club has become. Loyalty has been our family motto no matter what!

As the years passed the venue changed with the times. The living room décor changed to disco with a disc jockey booth, then country western and then pole dancers. We had a dance floor up until the pole dancers. I guess the best way I could describe Jumbo’s is you went there to feel welcomed and accepted, to just have a good time! 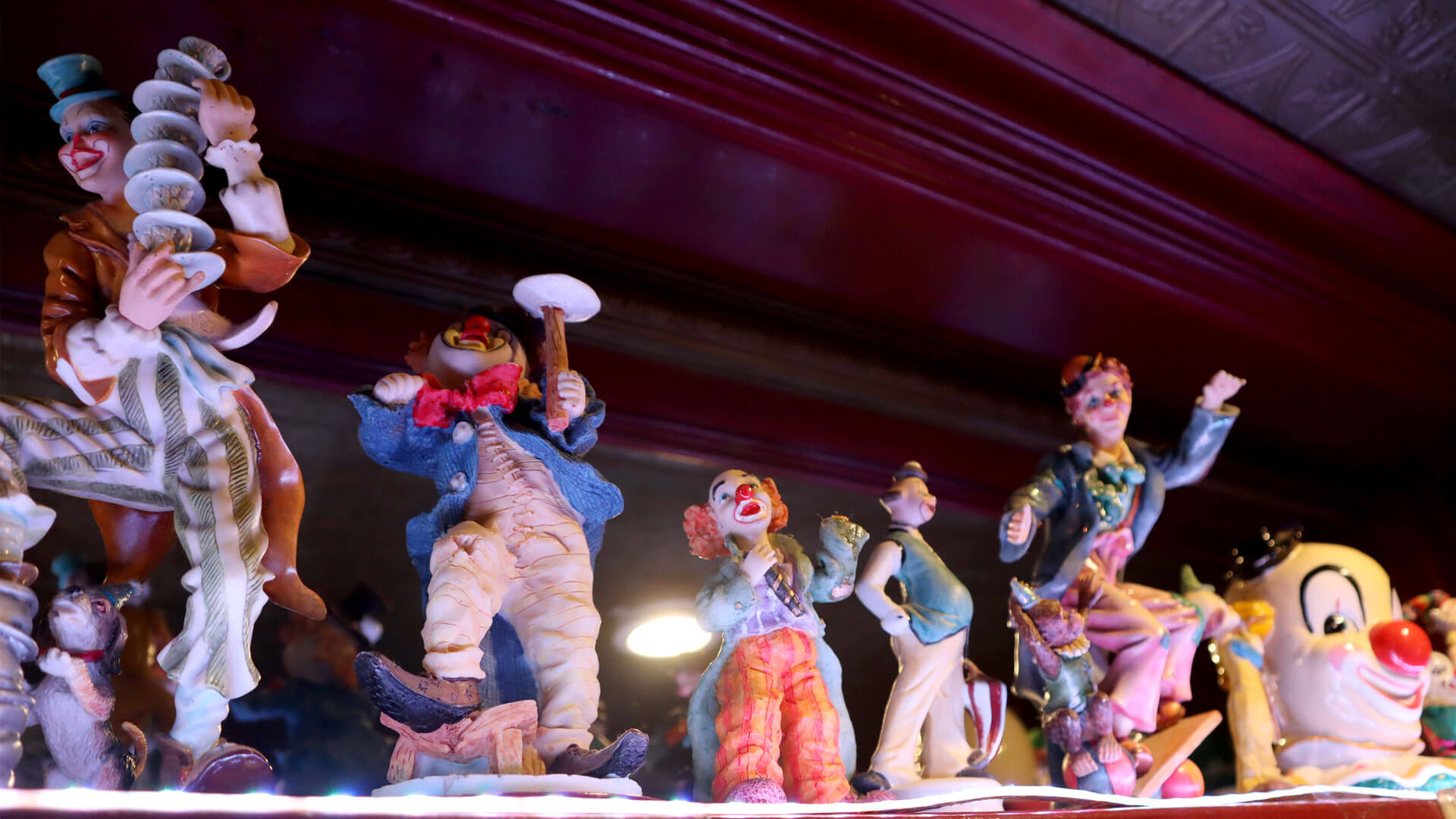